The world’s second largest cryptocurrency finds itself in a strong position today as prices begin to stabilise.

Having suffered a shaky few weeks, Ethereum prices have pushed past $500, registering a 1.89 percent increase.

The push up past $500 and the timing, mean Ethereum could bounce back to higher prices than ever.

Is Ethereum on the rise?

Holding the second largest market volume in the entire crypto-market, Ethereum is strongly connected to the rise and fall of bitcoin.

The market has suffered a tough 2018, with prices steadily falling throughout Q1, losing more than half its market value in the process.

A dreary trading period had left Ether and BTC stagnating well below the prices seen towards the end of 2017, prompting growing fears the bubble was about to burst.

Analysts thought April would be another stumbling block for digital currencies as American traders prepare to file their taxes. 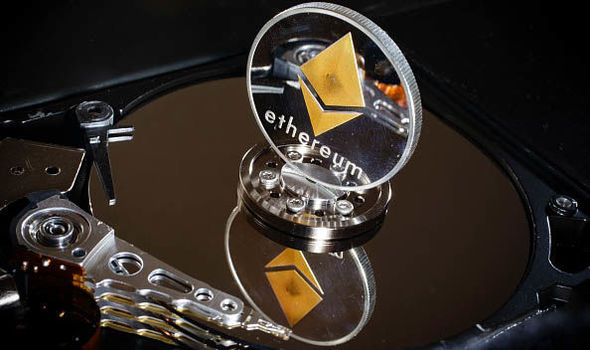 Ethereum price news: Is Ethereum on the rise? How much is Ether worth today?

Today, Tuesday 17, is the deadline to file taxes in the US, and millions of Americans are looking to pay off capital gains tax.

The date was predicted to be a day where traders shed their digital tokens in a mass sell-off to pay for liabilities, but so far predictions have not rung true.

Ether has been sitting below $500 since mid-March and had struggled to beat the barrier during high trading.

With Ether holding steady and breaching resistance at $500 just in time for the deadline to close, traders are hoping that prices will steadily increase with an influx of new traders interested in buying. 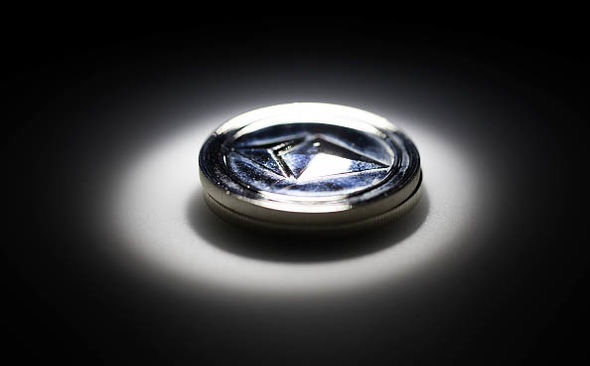 Ethereum has seen great price rises against other cryptocurrencies

Back on April 1, Ether founder Vitalik Buterin published a proposal to place a cap on the total limit of Ethereum available.

Buterin published the tongue-in-cheek proposal to generate discussion over whether the underlying economics of the currency should be changed.

The subject of introducing a cap has always been controversial among traders, but more coins are entering the market everyday, with no cap in sight, threatening to collapse the currency.

Buterin toyed with the notion of capping Ether at 120 million coins, citing concerns of “economic sustainability” as his logic.

In a developer meeting last week, Buterin outlined his rationale further, and while his comments were initially greeted with derision from other core developers, the atmosphere quickly gave way to serious reflection. 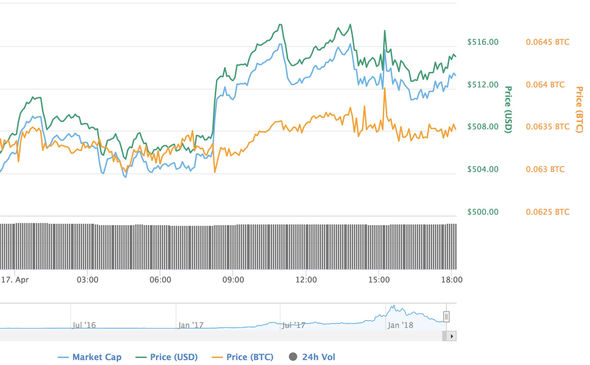 The discussion of a cap has been heavily criticised.

For one, critics cite ether’s role for the platform’s security, warning that the introduction of a cap would make the cryptocurrency a pure speculative investment play, something that many developers worry will make updating the protocol more challenging.

Others take offence with what they claim is a poorly timed, if not poorly researched, issue.

Vlad Zamfir, a leading developer behind ethereum’s upcoming proof-of-stake consensus mechanism, wrote in a blogpost: ”I don’t think that we have the understanding required to actually meaningfully know what we would be consenting to.”

Criticism revolves around concerns that rising prices could derail the growth of the currency.

LiteCoin is going down with the market dip

Buterin stressed that transaction fees are not proportional to Ether’s price, but reflect demand for the platform.

In simple terms, fees for using Ether’s platform would not change, irrespective of rising prices, because the number of transactions will remain the same.

In a Tweet Mr Buterin said: “Crypto can avoid being too inegalitarian through [the] emergence of new coins, not through any single coin being super-inflationary.”

And while he admits that it’s a complicated thing to measure, Buterin said: ”I personally do think that there’s evidence that basically transaction fee levels are capable of providing enough revenue to secure a blockchain.”

He added: “And in the long run, if they’re not, then there’s the question of well, how valuable is the system that we’re building in the first place.”

How to Make Sense of Cryptocurrency Valuations

How Bitcoin craze is hurting the environment