Litecoin price formed a solid support near $110 and recovered against the US Dollar. LTC/USD broke the $116 resistance and is currently trading in a positive zone.

This week, we were looking for a test of the $100 handle in litecoin price against the US dollar. The LTC/USD pair did not test the $100 level and it seems like a solid support base was formed near the $110 level. 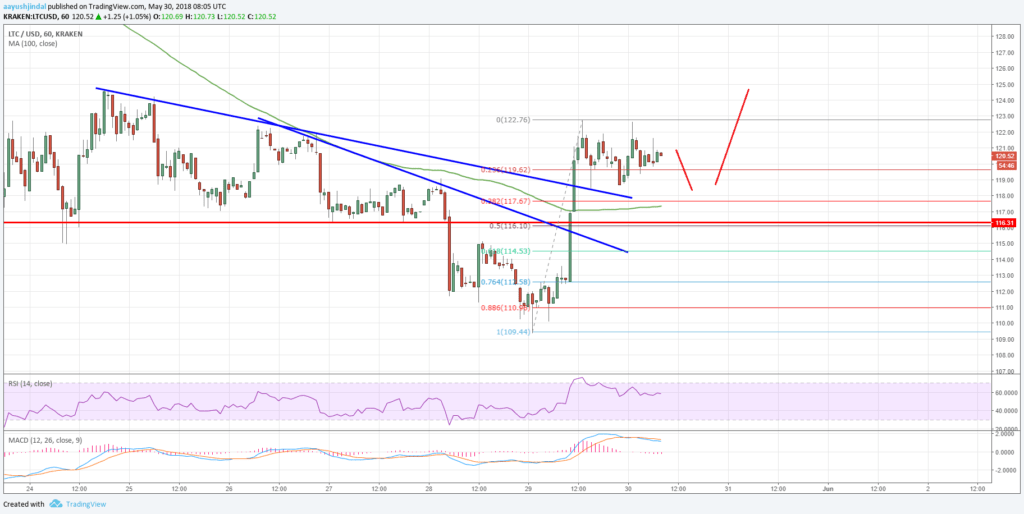 It indicates that the price recent bounce from the $110 zone is real and there could be more gains in the near term. The pair traded as high as $122.76 and it is currently consolidating gains.

Moreover, the previous hurdle at $115 may well act as a support if the price moves down from the current levels. On the upside, an immediate resistance is at $122.50, above which the price may perhaps trade towards $130.

The market data is provided by TradingView.

Is it too late to buy Bitcoin?